5 locations have been selected for testing on corona vaccine men in the country. The last and third step of testing the Oxford AstraZeneca Covid-19 vaccine on humans is about to take place, the Secretary of the Department of Biotechnology said.
"It is important to do this because the country needs to have data to vaccinate in India," he said. Oxford University has been selected by the Serum Institute of India, the world's largest vaccine maker, and is being supported by AstraZeneca Pharmaceutical Company.
The results of both trials were published earlier this month. The Department of Biotechnology is part of the Corona Vaccine Initiative in India. There has been talk of funding or regulatory clearances.
The Department of Biotechnology is already allocating space for the third stage, is already working on it and five sites have already been identified, as testing is to be done for the third stage. Apart from that, the Serum Institute in Pune has sought permission from the Drug Controller General of India to test a possible vaccine.
The SII said that the vaccine will be made before the final approval, so there will be no problem when the approval is given. The biotechnology department is working closely with each vaccine maker. SII testing in the third phase is important because if the vaccine test is successful and it has to be given to the people, it will require data in the country. 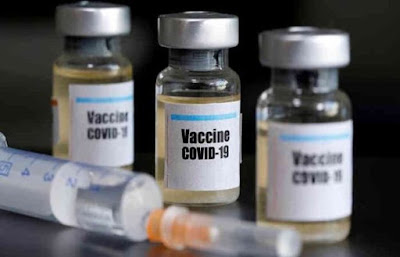 Five sites have been selected in the third stage of testing on the vaccine man. Manufacturing for the clinical trial of the vaccine will begin some time later.
On July 20, the scientist announced that, being made from Oxford, it is safe, it will build a strong immune system in the patient's body.
In April and May, 1,077 patients and people between the ages of 18 and 55 were being vaccinated in British hospitals. The results were being published in the Lancet Medical Journal. The results showed that the vaccine builds strong antibodies in patients' bodies and triggers a T-cell immune response for 56 days.
Scientists believe, however, that a second dose of the vaccine will be given. So can give good results. Only a few people have been given the dose given the safety of the vaccine in the first step of human outcome.
In the second stage, the vaccine will be tested on a number of people, including children and the elderly. In the third stage, the vaccine will be given to thousands of people. In India, two indigenous vaccines have reached the first stage for testing on humans. The two companies are Zydus Cedila and Bharat Biotech.